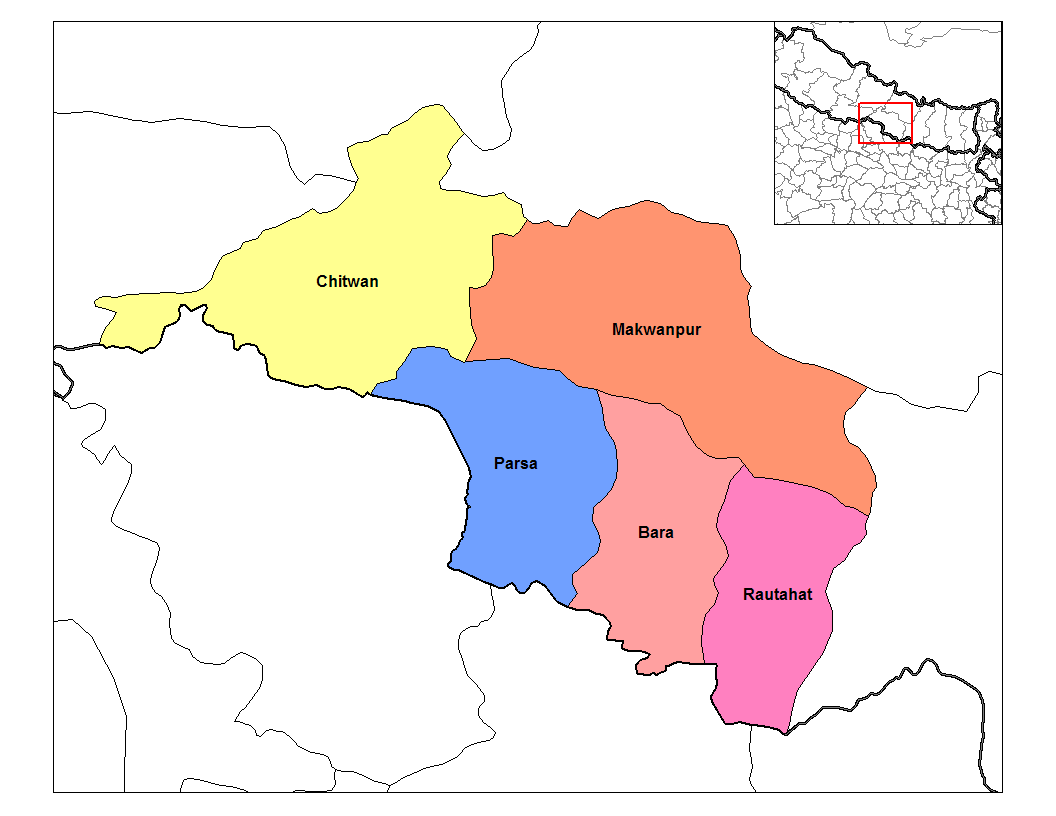 Below are the results of a statistic overview made with special focus on the area connected to the residence of Ram Bomjon in Bara District. From the year 2012, when he had kidnapped, held captive for months and tortured at least two women accusing them of witchcraft, and when at least one of them he ordered to be sexually assaulted between January and March 2012, the influence of these crimes had spread into the whole area, as we can easily see in the rapid increase of the most atrocious crimes against women there. Bara District is surrounded by Parsa, Makwanpur and Rautahat Districts. Ram Bomjon resided in Bara’s Halkhoria Jungle (at Nijgadh town and not far from Birganj city with Kalaiya district headquarters) between 2007 and 2012 summer. After he left due to the public outrage, he was granted court permission to return, and stayed for a few months in 2014, when two new violence incidents initiated by him (Sep 2, 2012 and November-December, 2014) caused that he had to leave again.

BHARATPUR, MAY 29, 2014 – Rape cases are on the rise in the central and western Tarai districts. According to police data, 130 rape cases have been reported in the past 10 months in eight districts this fiscal year against 128 reported last year.

On April 10, six-year-old girl of Kalaiya-7 in Bara was gang-raped. The girl, who was found in unconscious condition near her house, died while undergoing treatment. Ramnath Ghimire, investigation officer at the Bara District Police Office, said easily available porn pictures in the Internet and mobile phones have encouraged youths to be involved in such crime… Likewise, a 17-year-old mentally ill girl of Bageshwori in Parsa was reportedly raped on December 27, 2013. The accused, 50-year-old Laxmiram Chamar, is in judicial custody. In Parsa, nine rape cases have been reported in the past 10 months and among the victims, six are minor girls, including a two-year-old girl and two mentally retarded ones. Likewise, 13 girls have been raped in Makawanpur, 22 in Rupandehi and 14 in Kapilvastu. …(With inputs from Shiva Puri in Rautahat, Laxmi Sah in Bara, Shankar Acharya in Parsa, Pratap Bista in Makawanpur, Bimal Khatiwada in Chitwan, Bechu Gaud in Nawalparasi, Manoj Poudel in Kapilvastu and Madhav Dhungana and Amrita Anamol in Rupandehi) Posted on: 2014-05-30 08:53

JAN 12, 2013 – Sexual violence and murder of women continues to be a major problem in Nepal. In the last six months, 182 rape cases were registered with the police…. The National Demographic Health Survey suggests that 23 percent of the women and 22 percent of the men questioned believe that a husband is justified in beating his wife for at least one of five specified reasons: If she burns the food, if she argues with him, if she goes out without telling him, if she neglects the children, or if she refuses to have sex with him. …The magnitude of gender-based violence in Nepal is extremely high. These include beatings by husbands, dowry-related murders, witchcraft related torture, physical and psychological harassment and murder by husbands and in-laws.( A dangerous place by Prativa Subedi) 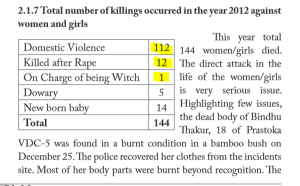 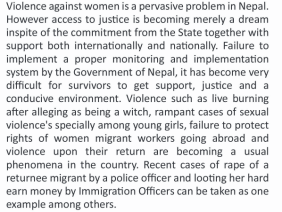 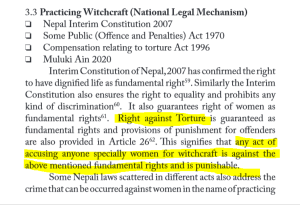 “… the government has decided in principle to enact a comprehensive anti-witchcraft law,” Trilochan Upreti, law secretary at the prime minister’s office, told Khabar. The proposed law treats witchcraft allegations seriously, with a convicted punishment of up to 10 years imprisonment and an Rs 61,957.40 ($700) fine for those found to have levied false accusations.”

Some horrific examples of the many forms of human cruelty which invaded the once ‘holy land’ of Dharma and Buddha:

2012 – the year of widespread witch-huntings, violence and rapes in Nepal, especially the districts surrounding Ram Bomjon’s residency, a harmful trend strongly fortified by his own violent actions against women, misusing his widespread authority among the Nepalese in the area:

What do you think about this? Your comment is welcome! Cancel reply

This site uses Akismet to reduce spam. Learn how your comment data is processed.